Click the button to read our faculty brochure or read more about the course below: 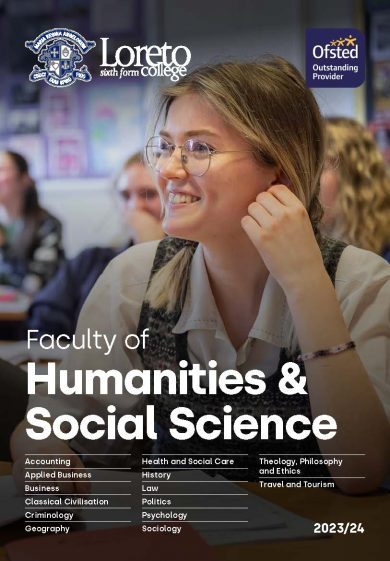 What is Classical Civilisation?

Classical Civilisation is the study of the literature and art of ancient Greece and Rome. This includes epic poets Homer and Virgil, Sappho and Ovid, Plato and Seneca, as well as Greek art. This A level is therefore largely based on the literature of the ancient world, in translation. You do not need to have studied Latin or Ancient Greek. You will learn about the Greek and Roman world via its material culture; what these civilisations created. You will study how people lived across the Greek and Roman worlds, what was important to them, how they saw themselves and others, and how they expressed their ideas and beliefs. Students who study Classical Civilisation have gone on to study a wide range of courses including Archaeology, Architecture, Ancient History, Classics (languages), English Literature, Philosophy, History and International Relations.

COMPONENT 1: THE WORLD OF THE HERO
Homer’s Odyssey and Virgil’s Aeneid. Literature in translation.

COMPONENT 3: BELIEF AND IDEAS
Love and Relationships in Greece and Rome. This includes study of the ideas of Plato and Seneca as well as the poetry of Sappho and Ovid.

You don’t need to have studied Classical Civilisation or History at GCSE. A good GCSE in English Language and/or English literature will help you study this course.

What do we study in this A level?

This course is largely based on the literature of the ancient world,
but in translation, so you do not need to have studied Latin or
Ancient Greek at school, nor Classical Civilisation GCSE. The course
is Homer’s Odyssey, Virgil’s Aeneid, Greek Art and Sculpture, some
Ovid, Sappho, Plato and Seneca. You will learn about the ancient
Greek and Roman world via its material culture, so how people
lived, married, travelled, voted, expressed themselves, their ideas
and what they left behind. It therefore compliments many other A
levels you can study.

Do I need to have studied the ancient world before?

No, just have a keen interest in the ancient world.

Do I need to be good at anything to study this subject?

A good qualification in English Lang or Lit is highly advisable. You
should definitely enjoy reading as 70% of the course is literature in
translation.

What Enrichment opportunities are there?

Usually a study tour to Greece, visits to museums, lectures at
Manchester University by specialists in the ancient world.

What can I do with my A level in Classical Civilisation?

As it is a literature-based A level the course is useful if you want to
have a profession as a journalist and historian. Equally, your ability
to understand ancient cultures and form an argument are good in
professions in business or law. The Greek Art component provides
good knowledge if you intend to go in to architecture or design.

How much reading do we do?

We do a lot of reading in class together, and all students should
continue to read at home to keep the literature fresh in their minds and therefore able to continue to contribute to lessons during the
two years.

How big are the classes?

Between 15 and 22 students in each class.

What subjects work well with the study of the ancient world?

I primarily want to study science and maths, how can Classical Civilisation help me with those subjects?

As a written subject, it will support your ability to write at length,
communicate, evaluate and form judgements, which are needed in
any profession.

What do students study at university after A level Classical Civilisation?