Loreto gets down with the Sisters! Witty, energetic and extravagant – ‘Sister Act’ has long been recognised as one of the most enjoyable and entertaining musicals, adapted from the original 1992 classic of the same name. Having never previously watched the musical before, I was sceptical as to what the story entailed or even whether the music would be as catchy as other classic popular theatre hits, however, I was pleasantly surprised to find myself singing a new personal favourite ‘Fabulous, Baby!’ on my way home and the following days since watching the students of Loreto perform.

Right from the outset when we are introduced to Curtis and his gang, the enthusiasm between all the cast members was evident, and this carried over throughout the whole production. The show really gets going when Deloris is sent to the convent due to witness protection, and we are introduced to the ensemble sisterhood of nuns, including my personal favourite character, Mother Superior, played especially well by the talented Beth Holton. With Alan Menken’s marvellous score, the fusion of Motown, gospel and disco provided a funky and unique feel to the show, with hits including ‘Take Me To Heaven’ and ‘Here Within These Walls’. But of course, a selection of fabulous songs as such has to be delivered correctly, and the level of musical talent within the college was clearly evident. From the likes of the live band showcasing their incredible skills, musically directed by the dedicated David Lloyd-Mostyn, to the raw talent conveyed through the lead role of Deloris Van Cartier, played confidently and admirably well by Lisa Saruzi. Collectively, the band and the ensemble complimented each other extremely well, delivering a lively and enjoyable performance whilst showcasing the support and regard they clearly have for each other.

I would also like to give special credit to the ensemble of nuns, as they each conveyed a different character effectively to the audience with a great energy that was kept up throughout, in particular, Amy Tapper’s comedic characterisation of Sister Mary Lazarus. Evidently, the Performing Arts Department have worked incredibly hard to put together such an entertaining piece of theatre, utilising choreography by Aaron Parker and Pippa Hudson. The energy between all the cast members was inevitably transferred over to the audience, making the experience all the more thrilling! Overall, I thoroughly enjoyed watching Loreto’s production of ‘Sister Act’, directed by the incredibly hardworking Danny Price, and would highly recommend it to anyone seeking an enjoyable and entertaining night out at the theatre – with elements of comedy and unforgettable music, in its best moments took me to heaven. 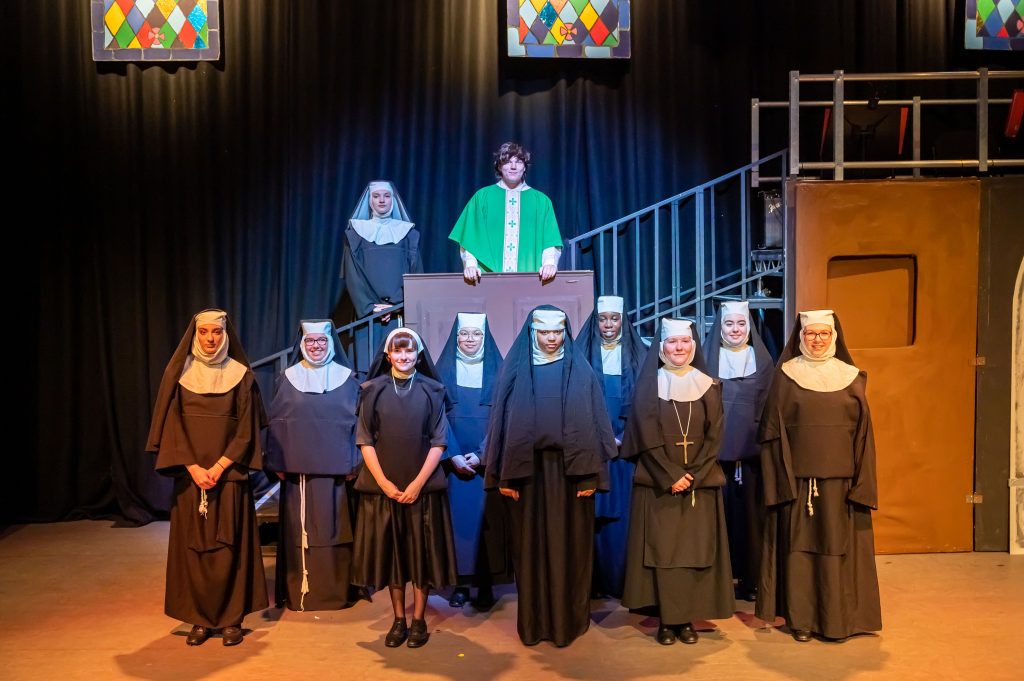 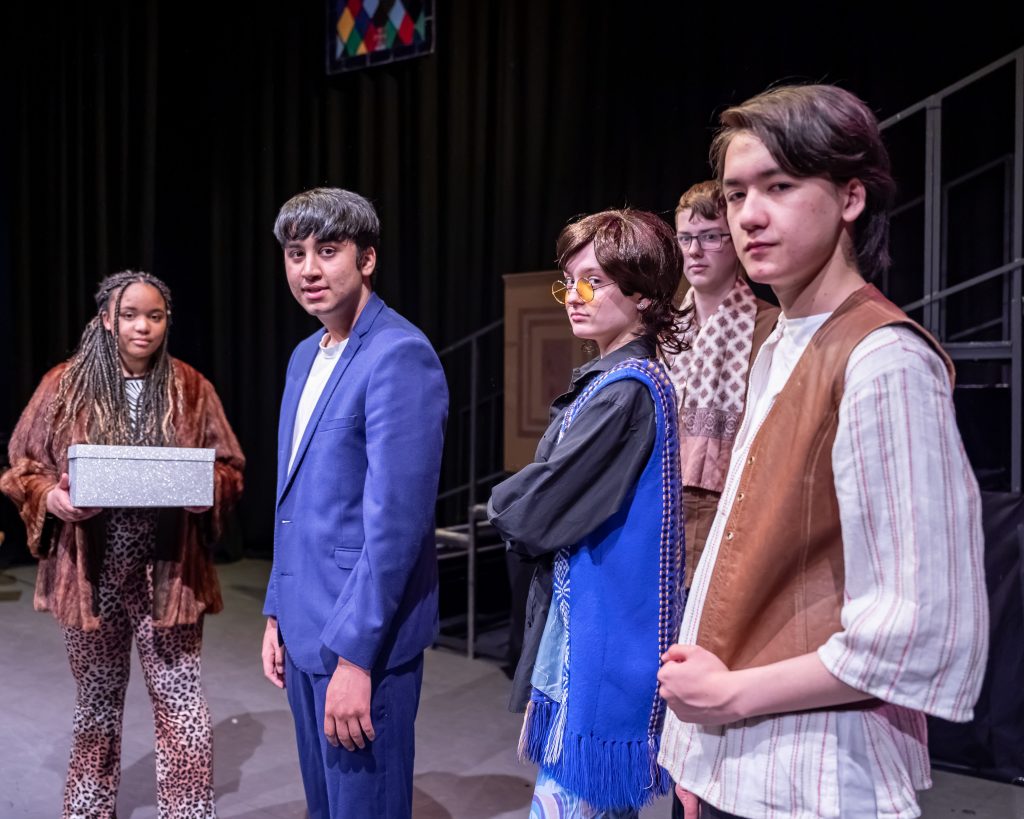 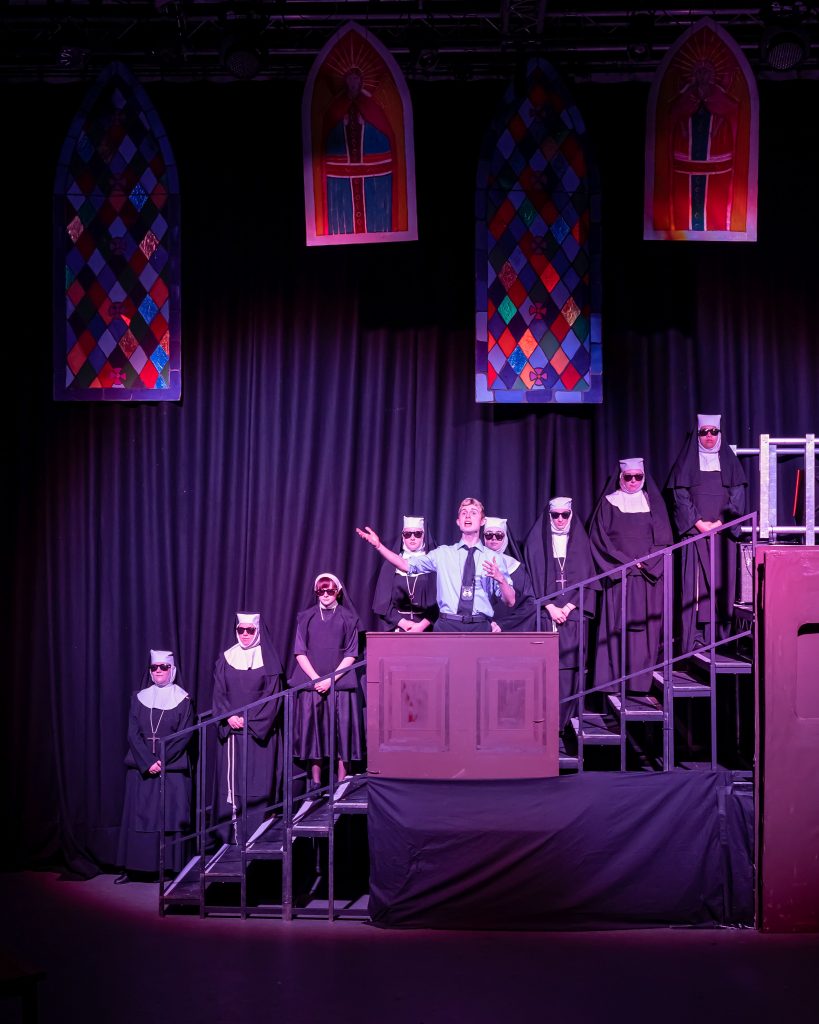 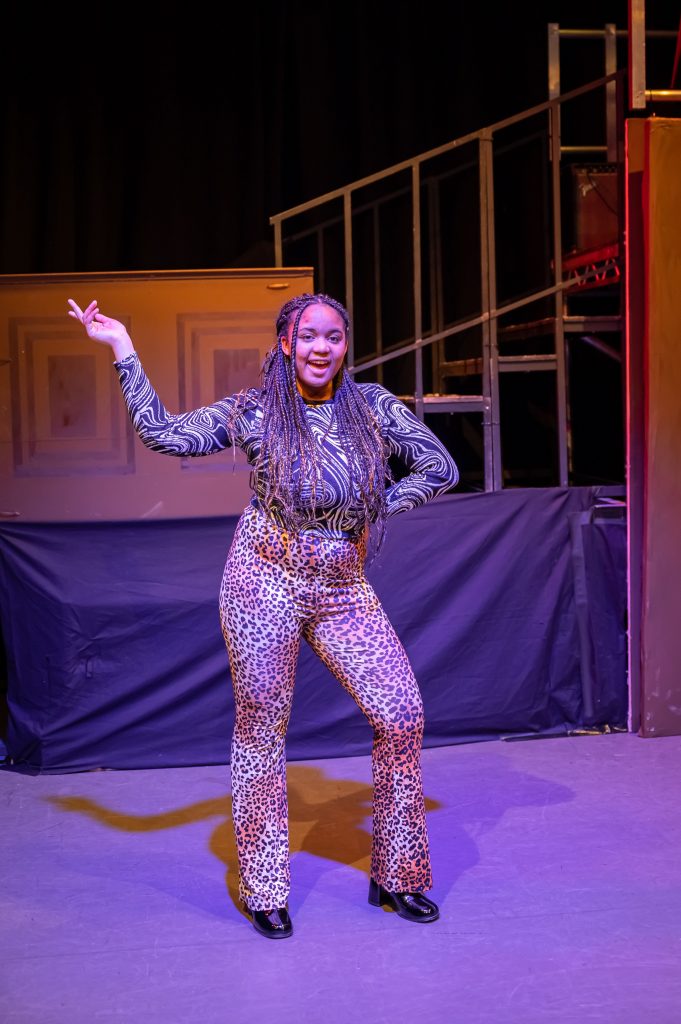