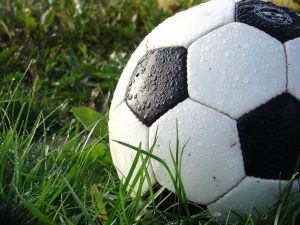 With injuries to 3 key Loreto players (Harry, Isiaq and Sami – captain) we lined up a little differently to start with. This paid off when the forward pairing combined to open the scoring on 9 minutes – Basil played a lovely through ball to Justin who coolly slotted it home.

Oldham were lively in the middle of the park and very quick up front, but our defence was excellent with Perry making several key interceptions. Stand-in skipper Max moved infield to bolster our central area and worked tirelessly.

With an injury to Samson, we shuffled the pack at halftime and moved Sam into the CDM role, Yonis came on at centre half to make his first team debut and Haris dropped in at left back. Oldham really brought the game to us, attack after attack, but our defence stood firm. Ben in goal, pulled off several incredible saves to keep us in the game at 1-0. Emmanuel was a rock, blocking and sweeping up everything that came his way.

It has to be said that against the run of play, with 3 minutes to go Justin tore down the right flank, cut inside, glided through the Oldham defence and smashed a sublime effort into the top corner. Ridiculous! Literally a minute later, we won the ball back from an Oldham centre and Presley broke through the midfield and calmly slotted the ball home to seal the victory. Oldham were stunned… as was I!

With a few more players available we could have freshened things up and rested some tired legs, but this wasn’t an option so the lads really had to dig in and put in the hard yards. Yes – we could have been better in possession, giving away ‘cheap’ balls. Yes, we rode our luck at times, but the team stuck to the task and the hard work paid off.

It’s the goal scorers that usually steal the headlines and Justin’s second goal probably should, but the whole defence was immense; Sam who moved into an unfamiliar role was incredible, as was Ben in goal who undoubtedly kept us in it at 1-0. The ‘Men of the Match’ accolade goes to Sam and Ben.